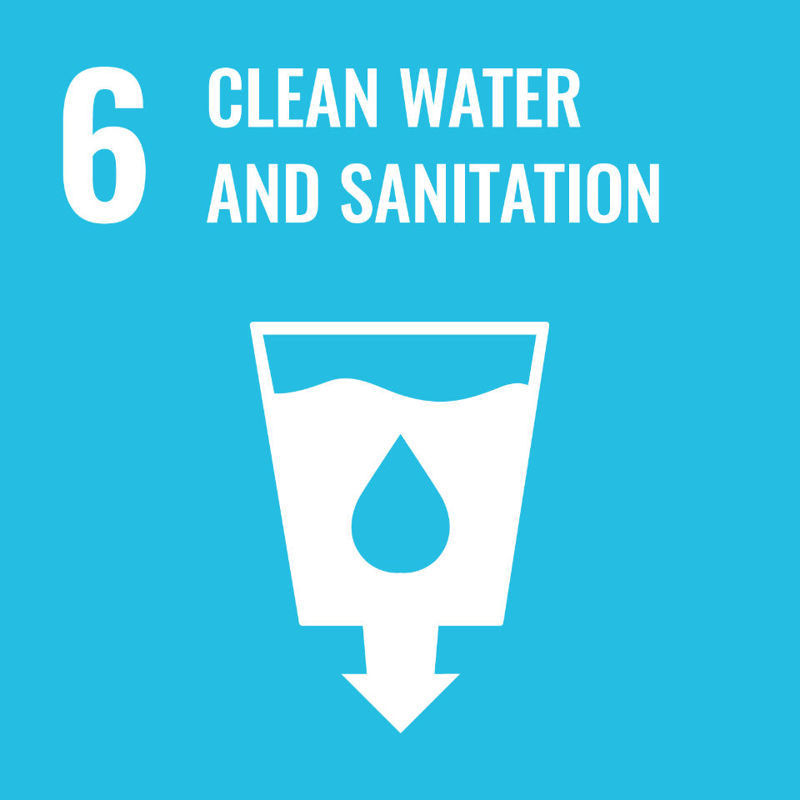 The sixth SDG demands clean ground and surface waters that are not polluted with dangerous substances such as heavy metals (Quicksilver), nitrates or phosphates. It is easy to reach this goal with ecological cultivation, which is how Cotonea works in its projects, as neither chemical crop-protection products nor fertilisers are used. Therefore, residues from these chemicals do not end up in the soil.

Unlike 99 percent of the global textile manufacturers, Cotonea produces and finishes material in accordance with the internationally highest ecological standards (IVN BEST and at the very least, GOTS), which demands that waste water is not polluted with dangerous chemicals. Cotonea achieves this standard as everywhere in our production processes, especially during the refinement in Germany and Switzerland, we only use materials allowed by these standards. This guarantees that no harmful chemicals can reach surface waters and rivers and ultimately end up in the ocean.

Fair trade premiums, which flow into the cooperatives, are paid to the farmers in both Cotonea projects in Uganda and Kyrgyzstan. These premiums are used, for example, to build wells from which clean groundwater can be drawn.

Cotonea itself has financed the construction of five wells in Uganda. However, high hurdles must be overcome, because the authorities there work slowly, especially if, like Cotonea, one is not prepared to pay bribes.

To implement the sixth SDG, one not only needs to provide and preserve clean water, but also ensure that it is used sparingly. Cotonea achieves this by using the best machines of the highest quality, also during the textile-refining stage. This way the production of a Cotonea T-shirt uses only 18.5 litres of water and a set of bedding requires only 33.5 litres of water.

Cotonea’s contribution to implementing the UNs sixth SDG (clean water and sanitation) are in summary: