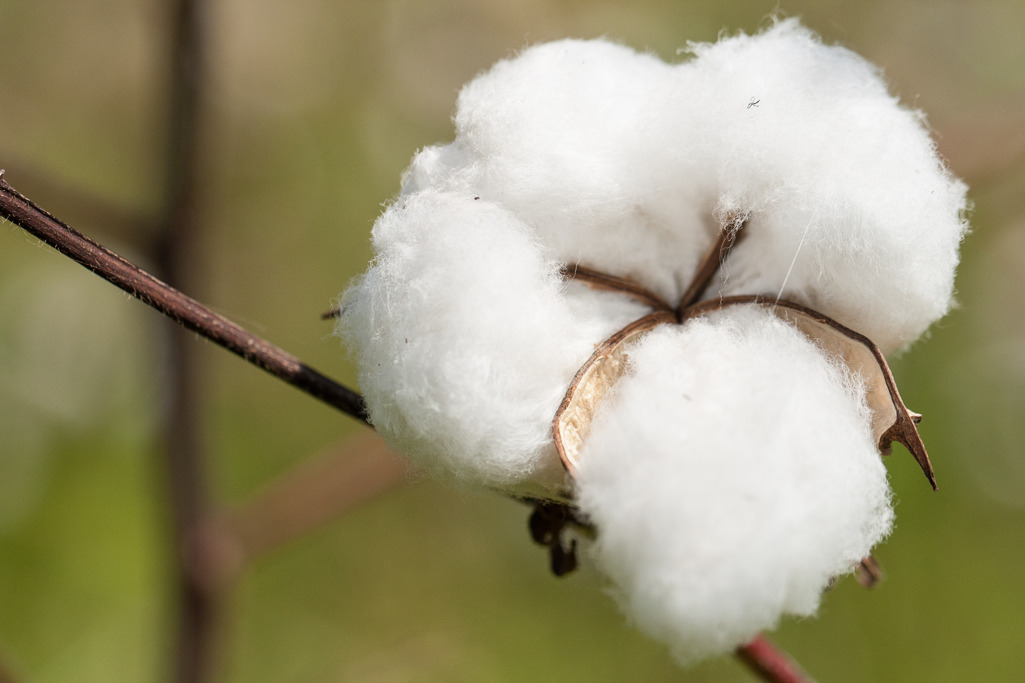 The white cotton boll in front of green ground cover plants. These plants form a core element of regenerative agriculture.

A new buzzword is spreading, regenerative agriculture. What is it and how can we assess it?

To understand it, we need to take a step back. Until as late as the 1930s, arable soils were fertilized exclusively with manure, compost, and various types of organic waste. As a result, the soil was healthy and produced healthy plants.

Due to the deteriorated soils, pest pressure increased. Remedies were found in the form of pesticides to deal with the pests or fungi. However, even this was not free; these agents further degraded the soil.

In important cotton-growing countries such as the USA, Brazil, China, India, Pakistan and Australia - the largest countries with the exception of Uzbekistan - genetically modified seeds were introduced between 1990 and 2010. For these, there were even harsher pesticides, which the plant survived, but the soil did not.

Today, very large parts of the arable soils on our planet are completely degenerated and impoverished by this development.

The fact that these pesticides, genetically modified seeds and synthetic agents also have an impact on human health is something we want to mention here just for the sake of completeness. There is also much to say about this.

It is obvious that the road back is rocky and arduous. This way back is what regenerative agriculture wants to bring about. You can't just replace synthetic resource inputs with a biological equivalent in a starting situation like this and all is well. First, the soils must be rebuilt and empowered.

The measures that are part of regenerative agriculture must be adapted very precisely to the existing conditions, i.e. to the chemical, physical and biological nature of the individual soil. It's not simply - as we often hear now - no tillage or plant cover crops.
The good news is that there is a wide range of options that can be used to make arable soils fertile, water retentive and productive again. That takes knowledge and understanding, and it takes time and flexibility. Humus-building measures also cost money, but it can be done. The goal that can be achieved is resilient and fertile soils.

In our cultivation projects in Kyrgyzstan (since 2004) and Uganda (since 2009), we are already at this good level. Yields are significantly better than those of neighboring conventional farmers. And the potential is far from utilized.

Cotonea is happy about every farmer who decides to leave the aberrations of the last decades and to let his soils recover through regenerative measures. Perhaps he will then also become a real organic farmer in the end.

The farmers who work for Cotonea work according to this gold standard. They deserve our support, also for our own good.